Another show in the books with Coolie! At this rate people are going to think Henry is retired, rather than just recovering. Not to fear, Hen has a few things in the diary should I resolve the saddle fit issues we seem to still have.
Originally Henry was entered in the Show jumping at Orange Grove but he was in no way fit enough to go so I swapped to Mr Reliable instead. It was a hot day, and I woke up feeling like total rubbish. I considered not going, but we had to do a helper duty so I dragged my bitt there and by the time I had second breakfast I felt a heap better. 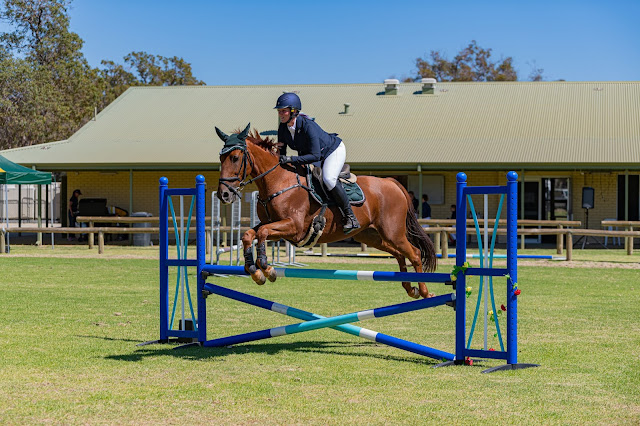 Our first round was a 75, and the course was flowing with several long lines. The class was an immediate jump off, with few places to make up time.  this is a fairly small show, and I planned to just use it as training and to reestablish anything that might need fixing from pushing Coolie at the last 2 comps. I did intend to ride the jump off competitively though, but in the sense I wanted to practice jumping off rather than riding to win.

I thought I had buckets of time to get ready so was pottering about when I realised they were starting my class and I was rider 5. I rushed to finish tacking up and warmed up quickly, not quite getting Coolie where I would have liked him. We had a good round, but he wasn't as settled as he would have been if my warm up had been more structured. I did half halt too close to one jump and Coolie told me off for it! I told him sorry and didn't do it again!

The jump off was good, though I should have angled the first fence to save time and just opened his canter a little more. It was a solid round though and we jumped clear for 2nd. He did stay adjustable throughout and there was lots to like about it.
Our second round was 85 and this time I had more time to warm up. It was quite hot and Coolie is getting very hairy so he was a little quiet in the warm up and it took a bit for me to get the canter forward enough. I picked up a good canter int he ring, though didn't keep my leg on enough and we got deep to a few jumps. Thankfully Coolie was 100% there to help me out and jumped us around clear.

This time in the jump off I angled the first jump though was a smidge too slow coming in because I was looking for the line. Coolie sat on his butt and jumped it clear and I pout my foot down a bit more. Again we should have opened our canter a bit more, but we left all the jumps up. I have no idea where we placed, though I suspect 1st or 2nd again (we were speedy and the class was small).

We packed up as soon as we were done to get Coolie and I home and cooled off. It was about 35C at that point and this pregnant lady struggles in the heat.
It was another great show, with further improvements. I feel like we are very consistent right now and that we add polish in every round we do. I would love to jump a bit bigger and I have a desperate itch to get out with Henry but equally I need to be sensible. 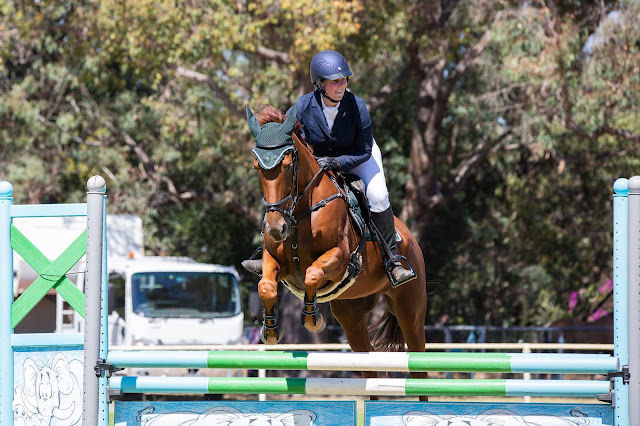 Coolie and I have a few more shows planned, and hopefully my jacket will still fit, the bump is starting to get quite obvious now!
Labels: jumping Show jumping stock horse 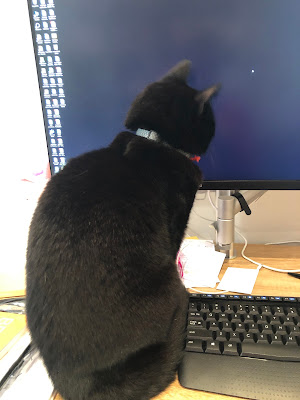 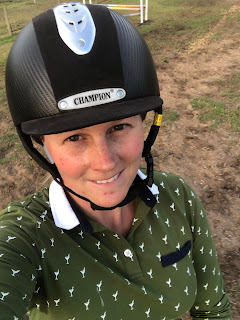