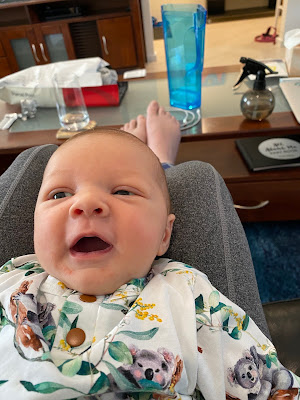 I was originally told no riding for 12 weeks, and then a second opinion revised it down to 6 weeks. My core and pelvic floor are weak, and so I was given some exercises to do and I have been very diligent about them when the young man permits me to be! Technically there were still 2 more weeks until I can ride according to the physio, however sometimes you have to do whats right for the head. 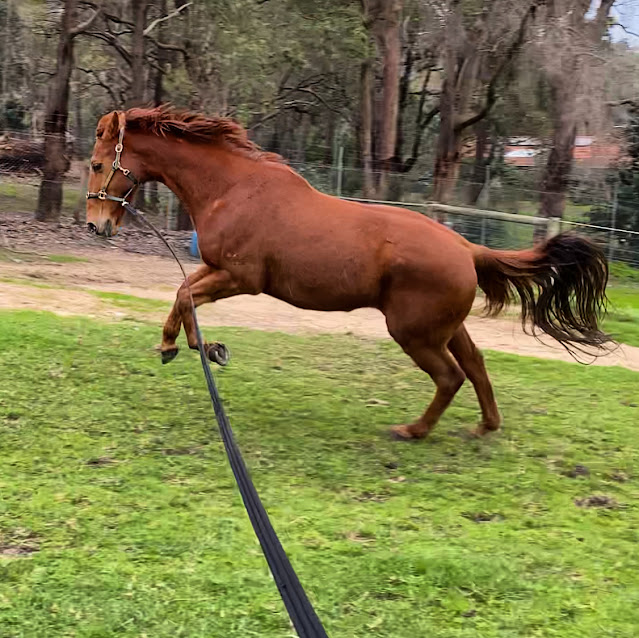 I have been very lucky and have felt pretty much normal very quickly after birth. At the 2 week mark I was desperate to get back on which is when I decided to get a second opinion from a private womens health physio. I cant recommend a womens health physio enough! The physio was able to tell me there was no risk of prolapse, and that I didn't have any muscle detachment, but I was weak as would be expected 3 weeks postpartum. I was told of I did my exercises the 6 week mark would see me back on a horse. The biggest thing she was worried about was getting on and off. 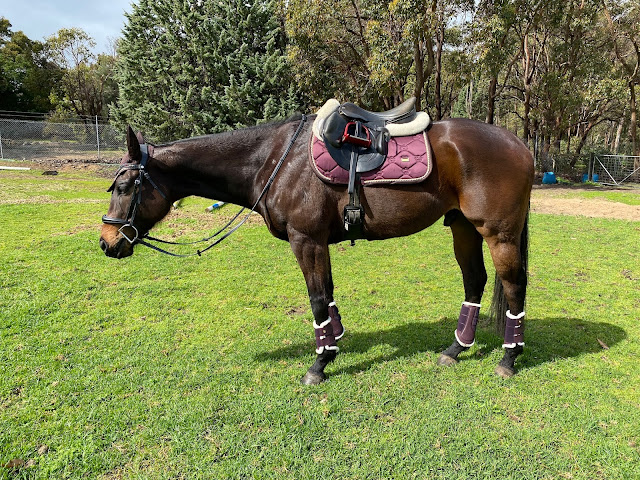 I was fully prepared to listen to the advice and wait. I really, really was. For the first time in my life, since I really don't want to get to 60 and be worrying about my bladder half way around a show jumping course. My exercises have felt fine and have been getting easier and I just really needed to do something for me. 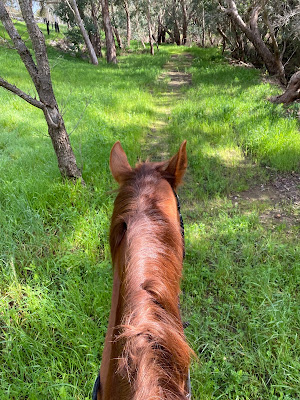 On Tuesday evening I was out grooming the boys and had plans to lunge Coolie. As I was grooming the temptation to hop on was too much so up I hopped from a nice high mounting block and would you believe everything felt fine. We walked a few steps, then I slid down and went and lunged him as per the original plan. 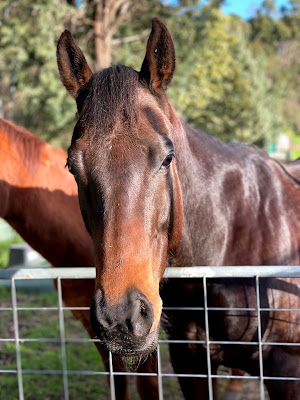 The next day I was in desperate need for horse time, but grooming and lunging felt like a chore. I wasn't dressed to ride, I didn't plan on riding, but ride I did! I fully intended to ride Coolie first for a few weeks while I got the feel back since he is Mr Reliable. That day I had Henry up to be groomed, and after 5 months I was pretty desperate to get back on him. I tacked him up, got on and we were away. Annnnnd it was amazing!

Henry felt so happy to be ridden again, he was responsive and other than being a bit heavy in my hands it was like we hadn't missed a day. I felt good, he felt so loose and sound and lovely, and we had a nice ride. I did about 2 laps of trot on either rein and we both felt fine, so for now we will stick to walking while we rebuild a whole lot of fitness! 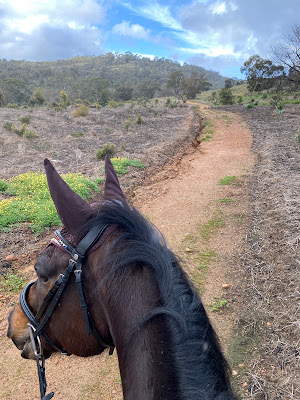 I was worried things would feel different, that I wouldn't remember how, that I would be weak. I was also worried it would feel like a chore, since things like walking the dog and looking after the horses have felt that way because having a baby is so exhausting! But it felt so good to be back out riding, and I was on cloud 9 the rest of the day and the day after too. Coolie has now had his first proper ride too, and he was so so happy to be out. I rode him out around the creek after doing a little bit of arena work, and we will probably stick to the trails while we all build fitness because its more interesting out there! 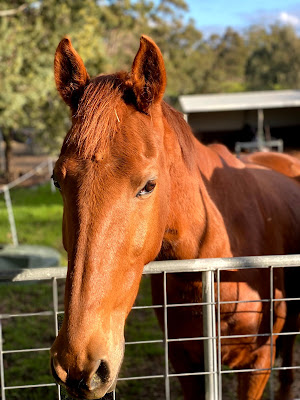 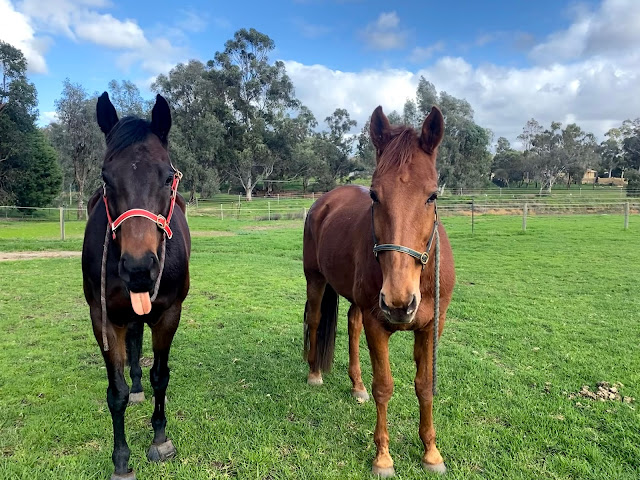