A bit of sideways

After a week off between hot weather and bashing his leg on something, I carefully rode Henry on Tuesday in the paddock thinking it would be a better surface for his leg than the rock hard clay in the bush. He was very happy to be getting ready for a ride, but was way too special during the ride. There were lots of flies and each one caused him a drama. He just couldn't deal with it.  Thankfully his leg was fine right after and the next day, so he got another ride which was a lot more normal with far fewer flies (and as much fly spray as possible!). I had a look at the forecast for the next week, trying to work out when best to have a lesson. Next week is going to be sitting around the 39C mark, too hot to ride so I booked in a flat lesson for Saturday morning. Henry came out fresh, mostly because it was so windy. It was a good fresh though, the type you can channel the energy not the feral type. I warmed him up while Bec watched, encouraging me to get him to stretch down a bit mor
Post a comment
Read more 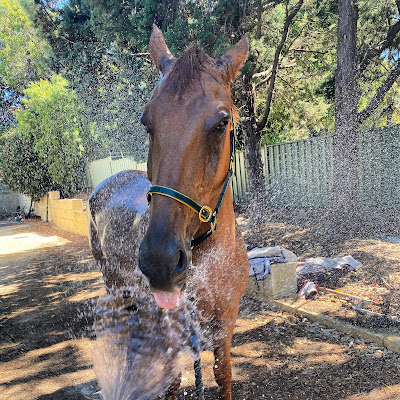 Standing under the hose and shenanigans 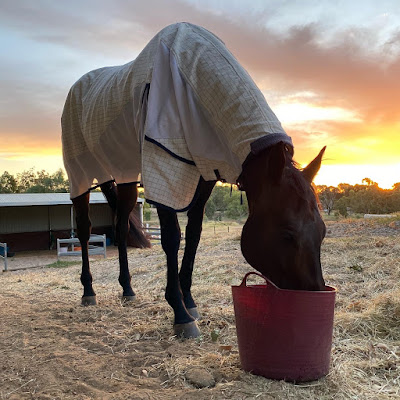 First lesson of the year

Steer with the Outside Rein! 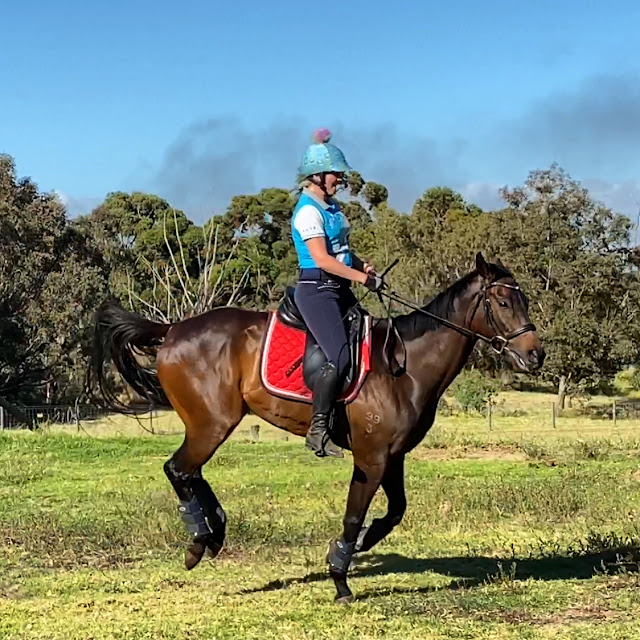 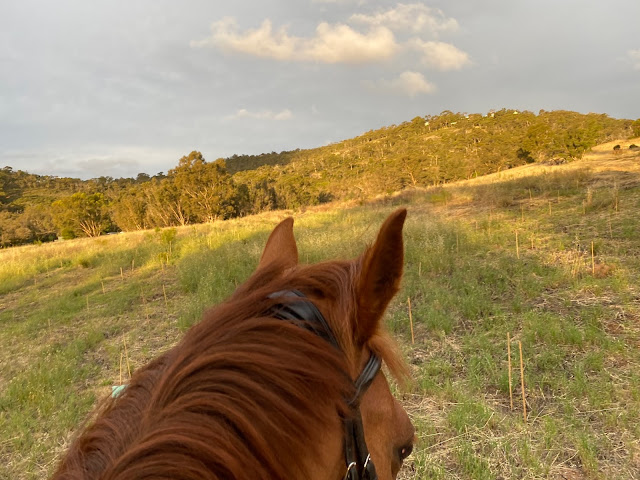 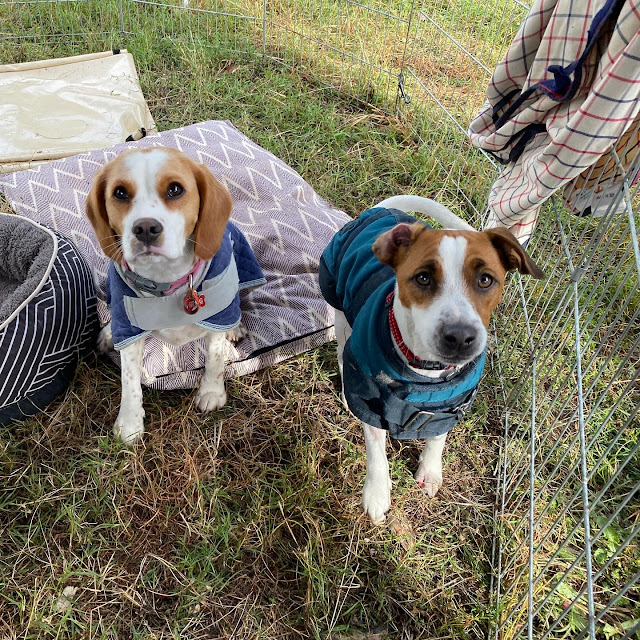 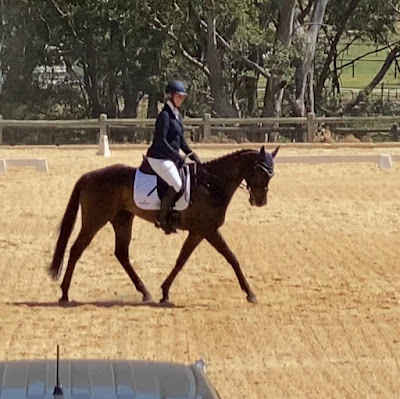